We bought a house!

My husband and I bought a house! I am so excited I can hardly contain myself! After living in Texas for 3 years, we knew we were going to call this place our home.  It all happened so fast, faster than I ever could have imagined! And, we were not even looking to buy a house just yet. We were waiting until the following spring to even start looking! This place just seemed to find us! 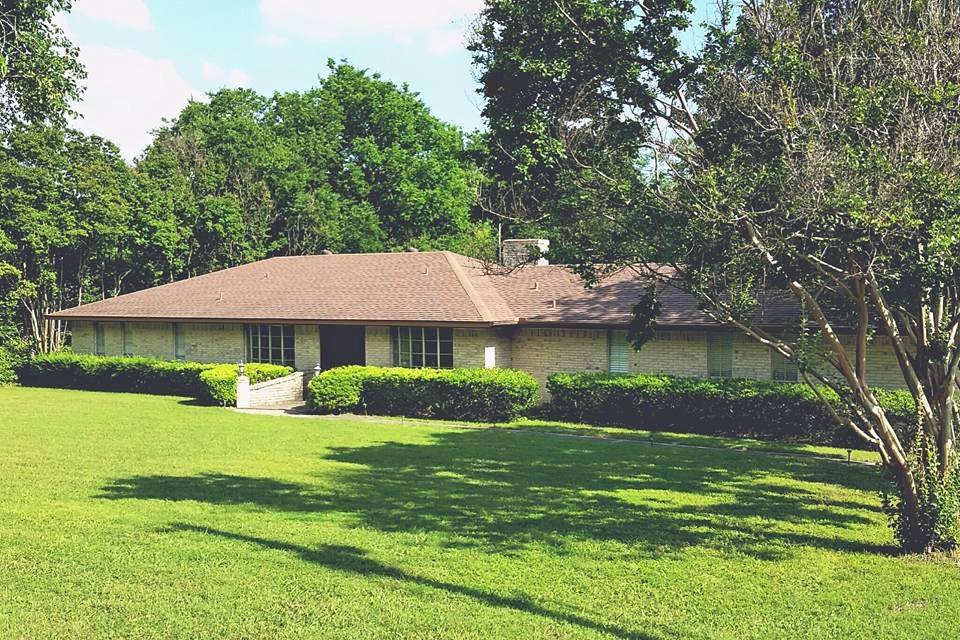 The house we got is perfect for us! The original owners built it in 1976 and I can tell this was their pride and joy! We have 2 and 1/2 acres and I can’t wait to start my first garden! We closed on September 12th, 2014 and moved in at the end of the month. The following photos were taken a few months after the move. Hence, the wintry looking trees! 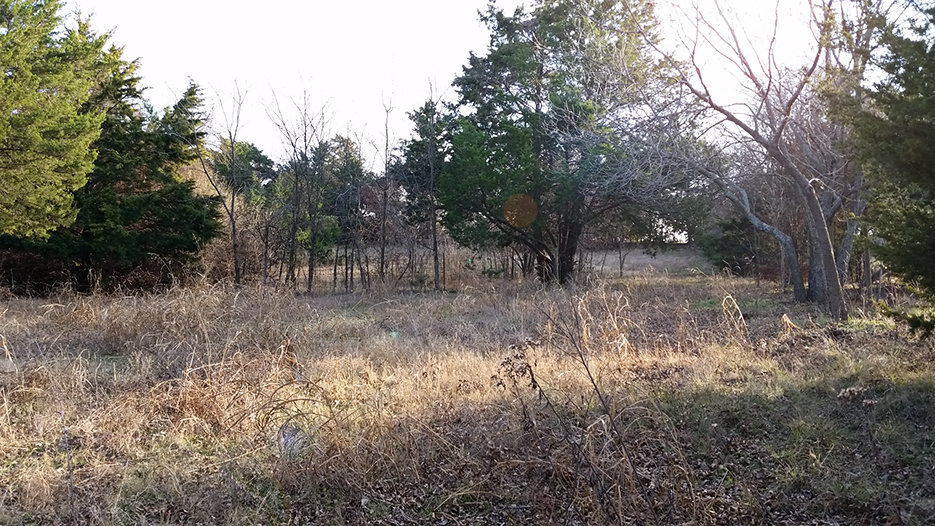 This is what we are working with. The property has not been taken care of in years. The original owner had a garden and small orchard in the back. However, once he grew to old…he could no longer keep up with the demands of the property. I can only imagine how much of a sanctuary this place was when they were in their prime!

The five years prior to our purchase, the home was owned by a couple from Alaska. The had intended to retire here. But, due to some unforeseen circumstances, they were not able to make the move. So, there had been renters living in the house for the duration of their ownership. 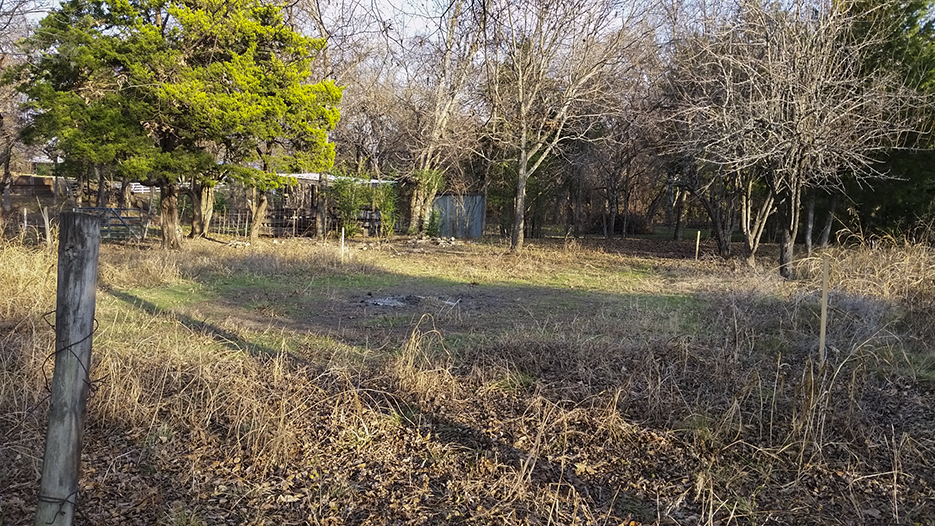 This space is approx. 40 ft. by 30 ft. and it is where the garden will be planted. I chose this location for many reasons; 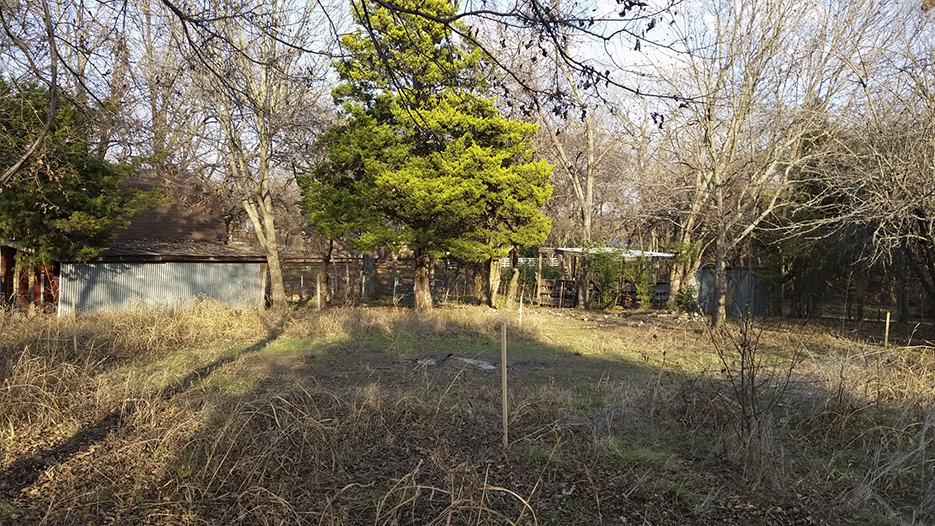 There is a 300 sq. ft. barn pretty close to where the garden will be planted. Which will be a convenient place to store our tools and supplies! It’s not in the best shape, but…it’s solid! It also has an awesome lean to behind it to store the lawn mower, fire wood, etc.

In front of the barn there is sort of a “creek” if you will. It’s really more of a flood plain. It fills up with water only after a heavy rain. But, this thing is pretty deep. I’d say 10 ft. . . maybe even 15 ft. deep.

The original owner was so handy, he built an awesome bridge! We are unable to drive a vehicle over the bridge. But, we can get the lawn mower across! 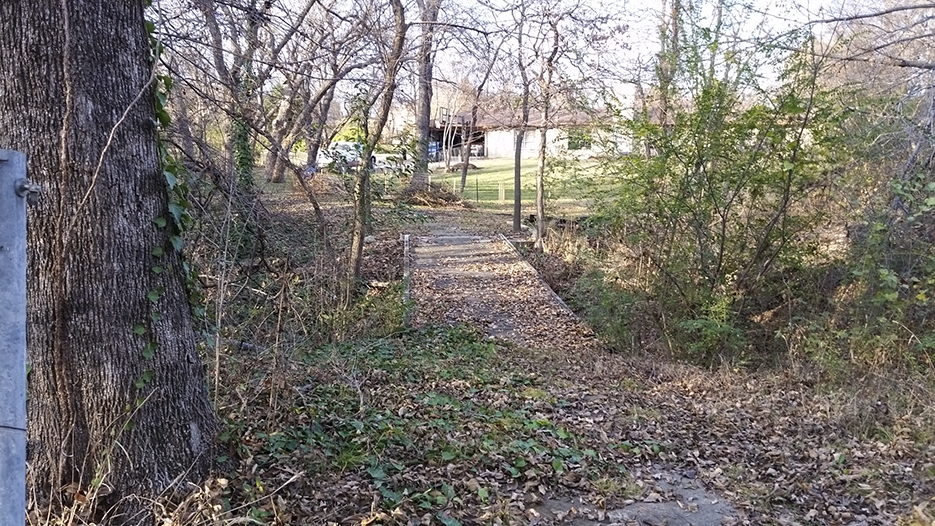 So, this bridge posed a dilema. A watering dilema! We were trying to figure out a way to run water back to the garden. But, after talking to one of the neighbors, he told us the original owner had already run water to the back. He used to have horses and a garden back there…. and he would have obviously needed convenient access to water.

Well, this is when we went on the hunt. Remember when I said this guy was handy. Well, he was also clever! He ran a series PVC pipe under ground! We eventually found 5 places where there either was, or once was a spigot! It took us a while to figure out exactly how the lines were laid. But, my husband is also a clever man and he cracked the code!

Some of the connections were broken. Which is understandable. I assume they haven’t been used in at least 10 or 15 years! So, my husband repaired the lines and we have water! Glorious water! 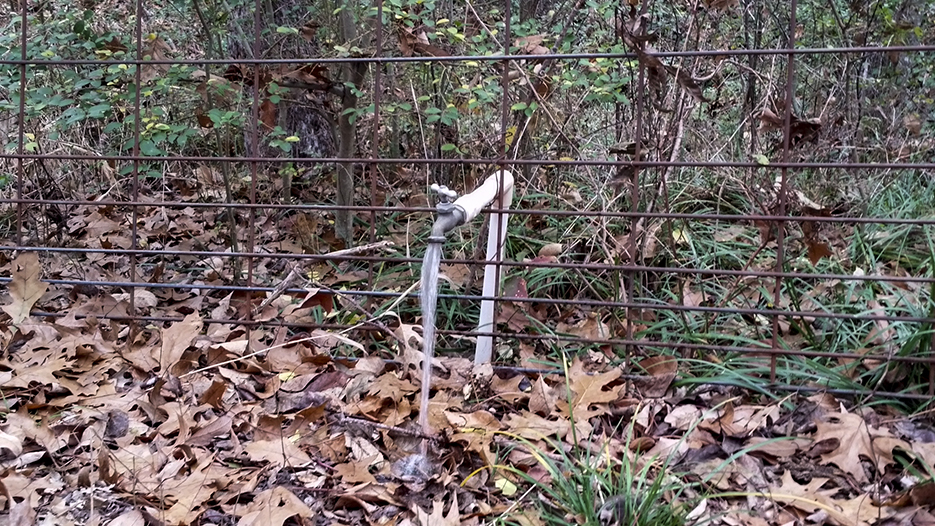 So, we have water, we have a plot, and….ummmm…as you can see we will have plenty leaves and grass clippings for the compost! Yikes! Now, all we need is a plan! 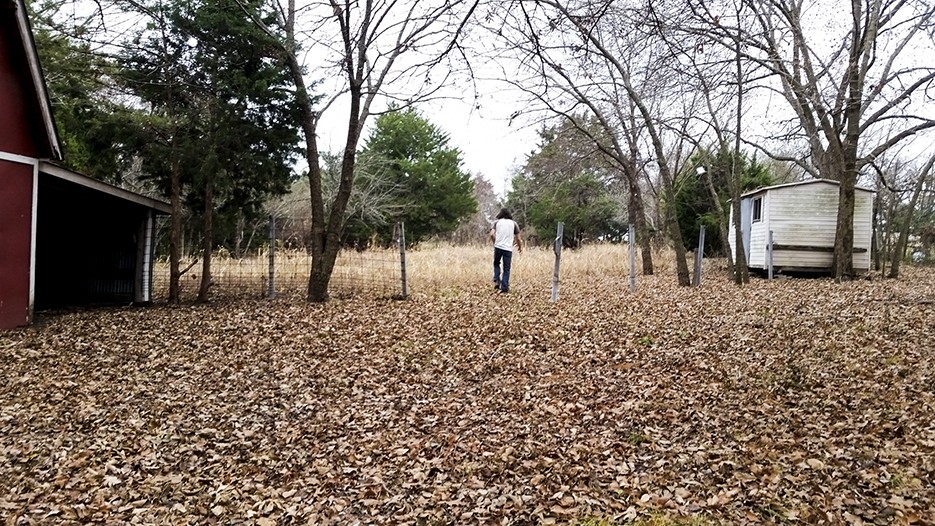 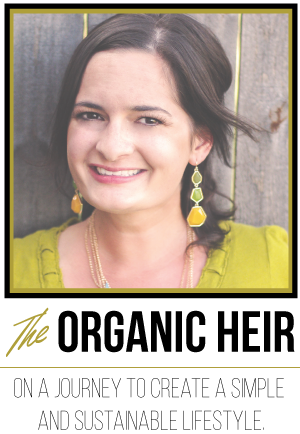